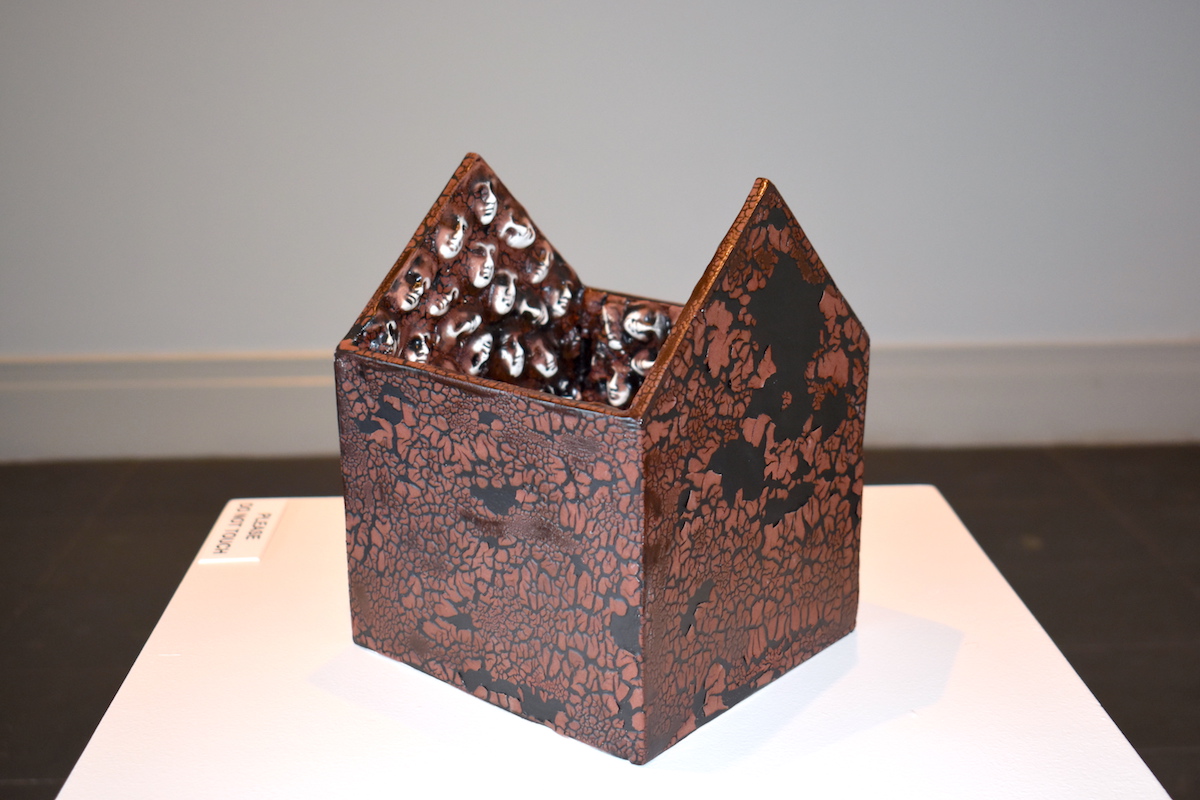 Mario Petrirena, Across the Divide, 2007, Clay, Collection of the Ogden Museum of Southern Art

Mario Petrirena was born in 1953 in Cuba. In 1962, when he was eight years old, Petrirena was sent to the United States as part of Operation Pedro Pan. He lived for months in a Colorado orphanage before his parents and other siblings arrived in the U.S. The traumatic experience of separation from his family and of being a political refugee – combined with the reality of his bifurcated identity as both Cuban and American – has informed much of his art practice.

When Petrirena’s mother arrived in the U.S., she brought with her a small statue of her patron saint, Barbara. The artist includes a cast of that statue’s face in his work to speak to issues of family, heritage and culture. The recurrence of the house form in his work references concepts of home, safety and a sense of belonging. Petrirena’s poetic use of interior and exterior spaces in his vessels and forms speaks to his bifurcated sense of  identity. Working intuitively from his subconscious and drawing from personal experience, Petrirena engages his art to both express his place in the world, and to understand it.

Mario Petrirena is a multi-media artist based in Atlanta, Georgia. His studio practice includes collage, ceramics, assemblage and installation. He attended the Rochester Institute of Technology School for American Craftsmen and the University of Florida. His work is held in many private and public collections, including the High Museum of Art, Atlanta, GA; the Nova Southeastern University Art Museum, Fort Lauderdale, FL; The Cintas Foundation, New York City, NY; the Carter Presidential Center, Atlanta, GA; the Museum of Contemporary Art of Georgia, Atlanta, GA; and the Ogden Museum of Southern Art.