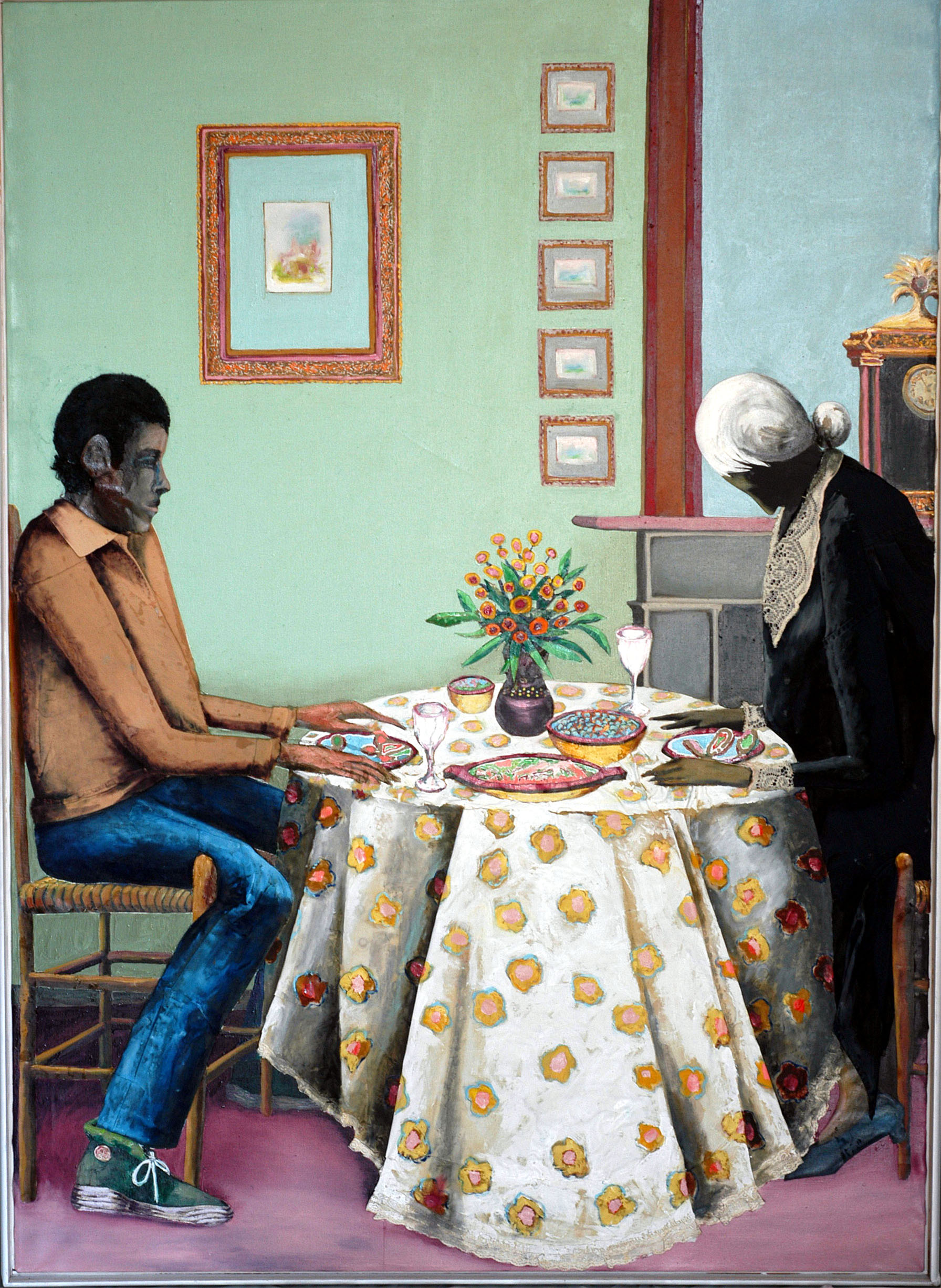 Benny Andrews was born in 1930 to a mixed-race family (Cherokee-Scottish-African American) in rural Plainview, Georgia. After becoming the first member of his family to graduate from high school, he attended Fort Valley State College supported by a scholarship. He was not allowed to attend the University of Georgia due to the color of his skin. In 1954, after serving as a military policeman in the Korean War, he used the GI Bill to attend the School of the Art Institute of Chicago, studying under Kathleen Blackshear. No longer constrained by the racial laws of the South, he entered an art museum and saw original masterworks for the first time in 1954, an experience that brought tears to his eyes. Benny Andrews rose from the injustices of the Jim Crow South to become a leading voice in American painting. Drawing from the Ogden Museum of Southern Art’s premier collection of works by Benny Andrews, this ongoing exhibition celebrates one of the South’s greatest voices in the visual arts.