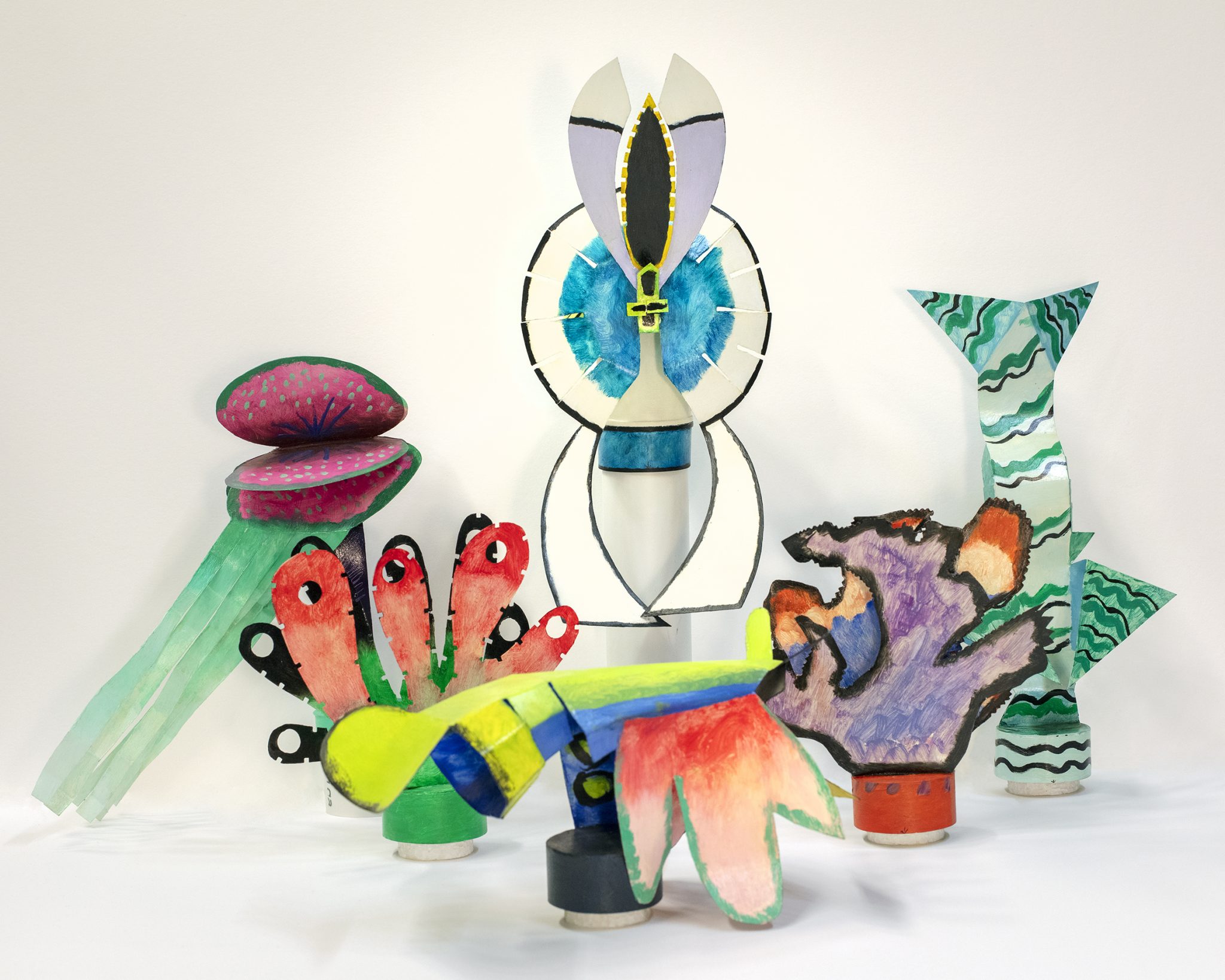 Ida Rittenberg Kohlmeyer is widely recognized as one of the most important contemporary artists to arise from Louisiana or the South. As a painter, sculptor and printmaker, Kohlmeyer’s mature work conveys a wholly original and easily recognizable vision – lively abstraction with a unique color sensibility that often incorporates a personal vocabulary of symbols and glyphs.

Born in New Orleans in 1912, she was one of 4 children of Polish immigrants Joseph and Rebecca Rittenberg. After graduating from Isidore Newman School, she entered Newcomb College where she earned a B.A. in Literature in 1933. In the late-40s, Kohlmeyer studied art in the French Quarter at the John McCrady School of Art. In 1950, she returned to Newcomb College, this time to study art. While at Newcomb, she was exposed to artists from the New York School and Abstract Expressionism. After completing her MFA in 1956 from Newcomb, Kohlmeyer travelled to Cape Cod to study with Hans Hoffman at the suggestion of Clyfford Still. Later that year she would meet Joan Miro in Paris. In 1957, Mark Rothko was a visiting artist at Tulane University. While in New Orleans, he lived in the house that Kohlmeyer’s parents had built in Metairie, using the garage as his studio for what would be one of the most pivotal moments of his career. The exposure to Still, Hoffman, and especially Miro and Rothko would greatly influence the trajectory of her painting and sculptural work to follow.

Between 1957 and 1997, Kohlmeyer was included in over 200 group and solo exhibitions. The High Museum of Art organized a retrospective of her work in 1972. Another major retrospective of her work was mounted at the Mint Museum in 1983, and it travelled across the US through 1985. Her work was included in the inaugural exhibition in Ogden Museum of Southern Art’s Goldring Hall in 2003. Ogden Museum later mounted two solo exhibitions: Becoming Ida Kohlmeyer in 2005 and Saving Ida Kohlmeyer in 2006. Her work has been included in several group exhibitions drawn from Ogden Museum’s permanent collection, most notably The Whole Drum Will Sound: Women in Southern Abstraction in 2018. Her works are included in over 40 museum collections.

Although primarily known as a painter, Kohlmeyer sustained a strong sculptural practice throughout the 1980s and 90s. Her first major sculptural work was completed in 1983 – a series of five 43 foot tall kinetic sculptures titled Krewe of Poydras installed at the Equitable Life Assurance Society building at 1515 Poydras in New Orleans. In 1985, Kohlmeyer created her largest singular sculpture, Box of Artificial Flowers #6. After 35 years in a private collection in Chicago, The Helis Foundation purchased the sculpture in 2018. After extensive conservation the work returned to New Orleans as part of the Poydras Corridor Sculpture Exhibition. Hurricane Ida caused extensive damage to the sculpture in 2021, and once again The Helis Foundation restored the iconic work, returning the sculpture to Poydras Avenue in July of 2022.

In 1987, Ida Kohlmeyer received a commission to design a major installation for the Audubon Aquarium of the Americas located in Woldenberg Park near the Mississippi River in downtown New Orleans. The installation, Aquatic Colonnade, was completed in 1990 and consisted of 20 brightly-colored abstracted sculptures representing sea creatures. While designing the installation, Kohlmeyer created small maquettes from soda cans, using these diminutive sculptures as preliminary sketches for the larger installation. The 20 maquettes in this exhibition are the sketches for the 20 sculptures in Aquatic Colonnade. One of the sculptures at the Aquarium has since been removed, leaving 19 extant forms. In 2012, an extensive restoration was executed on Aquatic Colonnade under the guidance of G.Paul Lucas and Steve Kline, former studio assistants to Kohlmeyer who were involved in the original fabrication. These maquettes, now on view at Ogden Museum, were used as reference material in that process.