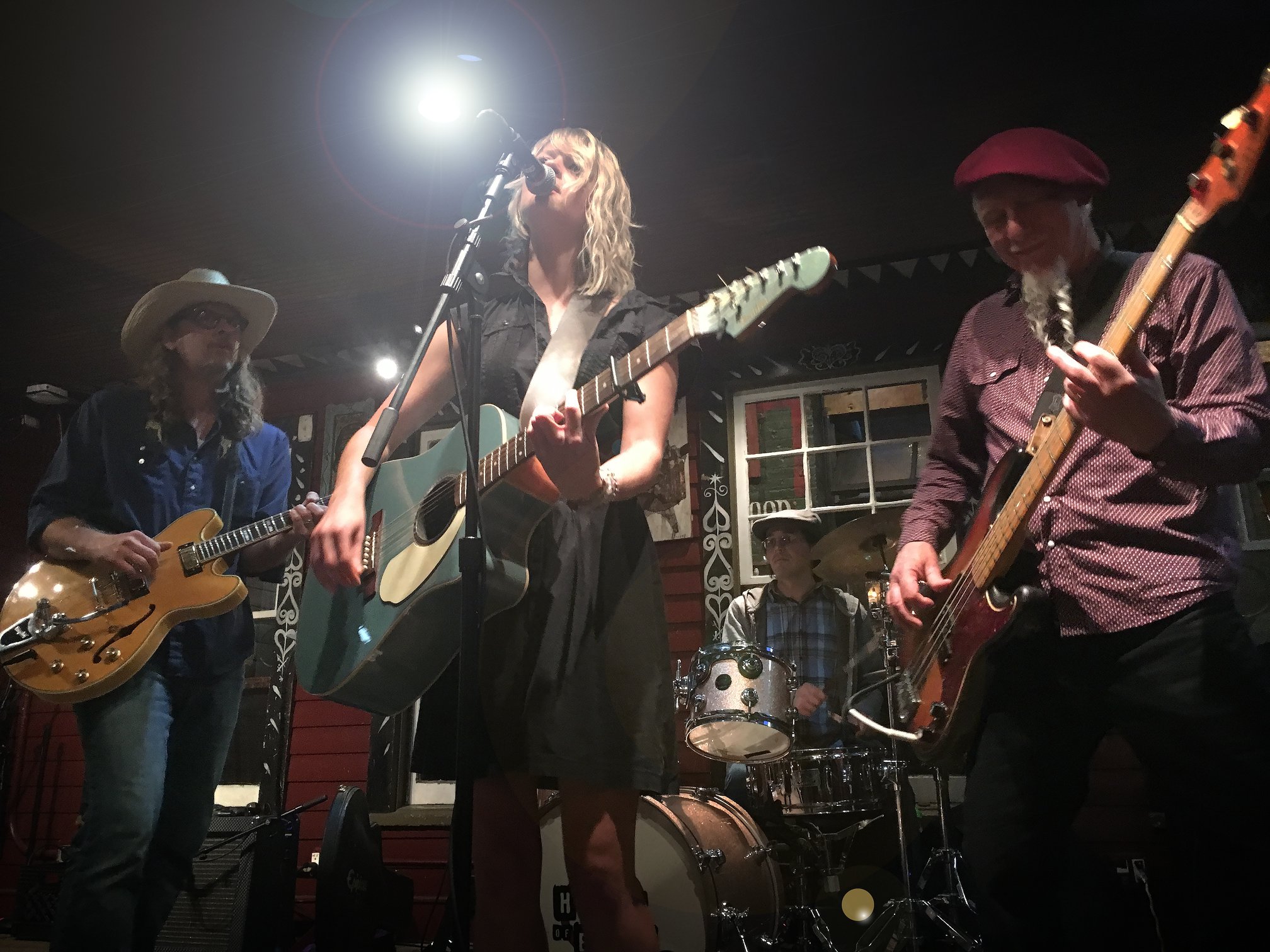 Shawn Williams at Ogden After Hours

New Orleans pioneering voice in “alt-rocka-countrybilly-serial-killer-blues,” Shawn Williams sounds like the result of a dirtier-minded Elvis deciding to get it on in the back of some roadhouse saloon with one of those sad-eyed cowboy types that would rather be drinking alone.

Her debut album Shadow (2017) is a skillfully-mastered collection of originals that moves seamlessly from old-school R&B-inflected rockers to softer, wistful numbers that evoke the broken-hearted melancholia of the desert. Idiosyncratic, catchy, and rich with local talent, the tracks showcase Williams’ impressive musicianship and unique capabilities as a songwriter. On recording as in live performance, she conveys a sense of rawness, a depth of feeling, and a lack of pretension that set her apart from the rest of the city’s pool of talented up-and-coming musicians.

Shawn has opened for national touring artists such as the Queen of Rockabilly – Wanda Jackson, Corey Smith, The Accidentals, Todd O’Neill, Loverboy, and more.Aside from her own music, she is also the founder of the all-female Elvis tribute band, Pelvis Breastlies.

An accomplished career in radio has taken her from Atlanta to New York City and back to her hometown of New Orleans, where she marked success as the former programming director for two of the city’s largest radio stations (NASH FM 92.3 and 106.1 the underground), all the while managing to maintain gigging/writing/drinking schedule required of a young bandleader in a vibrant night town.