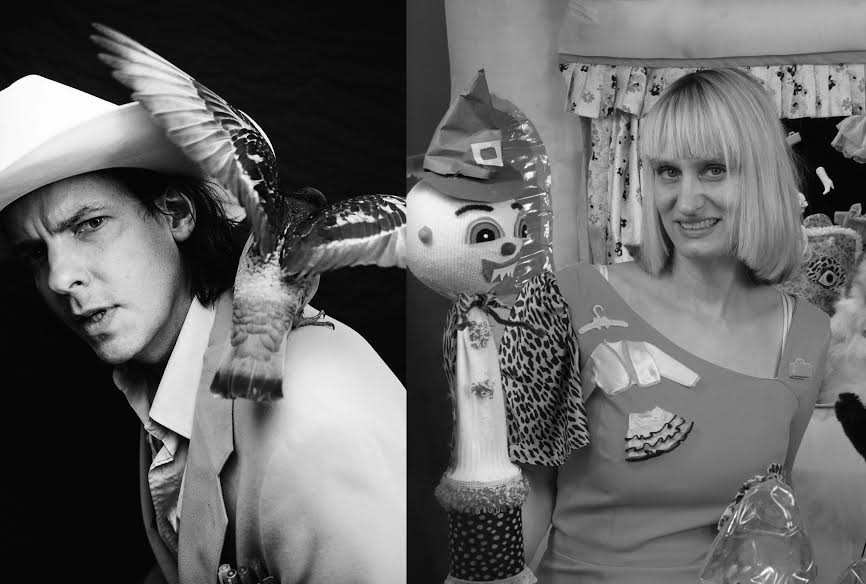 Quintron and Miss Pussycat at Ogden After Hours

In conjunction with Prospect.4, and their exhibitions at the Ogden Museum of Southern Art, Ogden After Hours is pleased to present Quintron and Miss Pussycat.

This duo has been making genre-defying noise and hard rocking dance music in New Orleans for over 15 years. The majority of their 14 full-length albums have the psychedelic soul of traditional New Orleans party music filtered through a tough distorted Hammond B-3 and a cache of self-made electronic instruments.

Quintron has released strange soundscapes based on inner-city field recordings of frogs and neighborhood ambiance as well as holing himself up in The New Orleans Museum of Art for three months to create the epic “Sucre Du Sauvage” (Goner, 2011). In addition to his own recordings, Quintron has played organ on a number of other records, most notably The Oblivians “9 Songs” and Steve Riley and the Mamou Playboys, “Grand Isle” which was nominated for a Grammy in 2012 and featured the Quintron penned song “Chatterbox”.

In the spring of 2014, Quintron and Miss Pusscyat were chosen to be resident artists at the Robert Raushenberg Foundation. Quintron completed his weather controlled analog drone synthesizer called Weather Warlock and Miss Pussycat invented an inflatable puppet theater which fits into her purse!

Quintron’s Weather Warlock, 2017, weather sensor, synthesizer and speakers will be on view at Ogden Museum of Southern Art, as well as a selection of puppets and ceramic statues of puppets, created by Miss Pussycat.