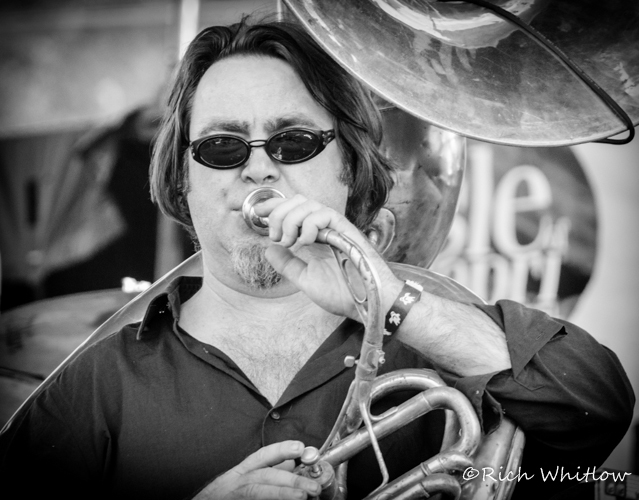 Downbeat magazine calls Matt Perrine a “virtuoso sousaphone player” and it is for that instrument and the tuba that he is best known. Matt’s versatility extends from jazz, rock and reggae to avant-garde, Dixieland, Latin, swing or funk, on either electric or stand-up bass, tuba, or sousaphone. An arranger and bandleader, Matt is co-founder of The New Orleans Nightcrawlers which has been combining brass, jazz and funk elements for the past 15 years. He is also a founding member of the Tin Men, along with guitarist Alex McMurray and “Washboard Chaz” Leary. Matt will be presenting his new band Tuba Trinity at the club featuring three sousaphone players and a rhythm section, and premiering a special piece composed just for the Ogden.