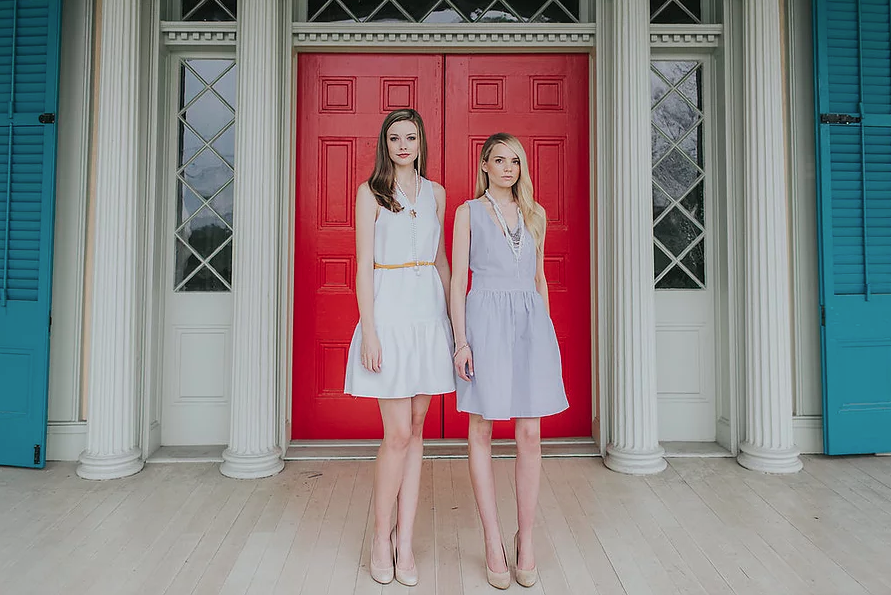 Join us for a Jolie & Elizabeth Trunk Show in preparation for the Ogden’s annual “Sippin’ in Seersucker” event at the Shops at Canal Place. Stop by during Ogden After Hours from 6 to 8pm on April 13th to see and shop the latest in Southern fashion and pick up your tickets for “Sippin’ in Seersucker” which takes place at the Shops at Canal Place from 6 to 9pm on April 21st.

Jolie & Elizabeth is comprised of two young New Orleans fashion designers, Jolie Bensen Hamilton and Sarah Elizabeth Dewey.  The two met while Sarah Elizabeth was interning for Jolie at BCBG Corporate in NY. Both being from the South, it was only a matter of time until the two realized that the street they were searching for was not Fifth Avenue nor Rodeo Drive, but Desire. And over a pitcher of sweet tea and a messy shrimp po boy, Jolie & Elizabeth was born.