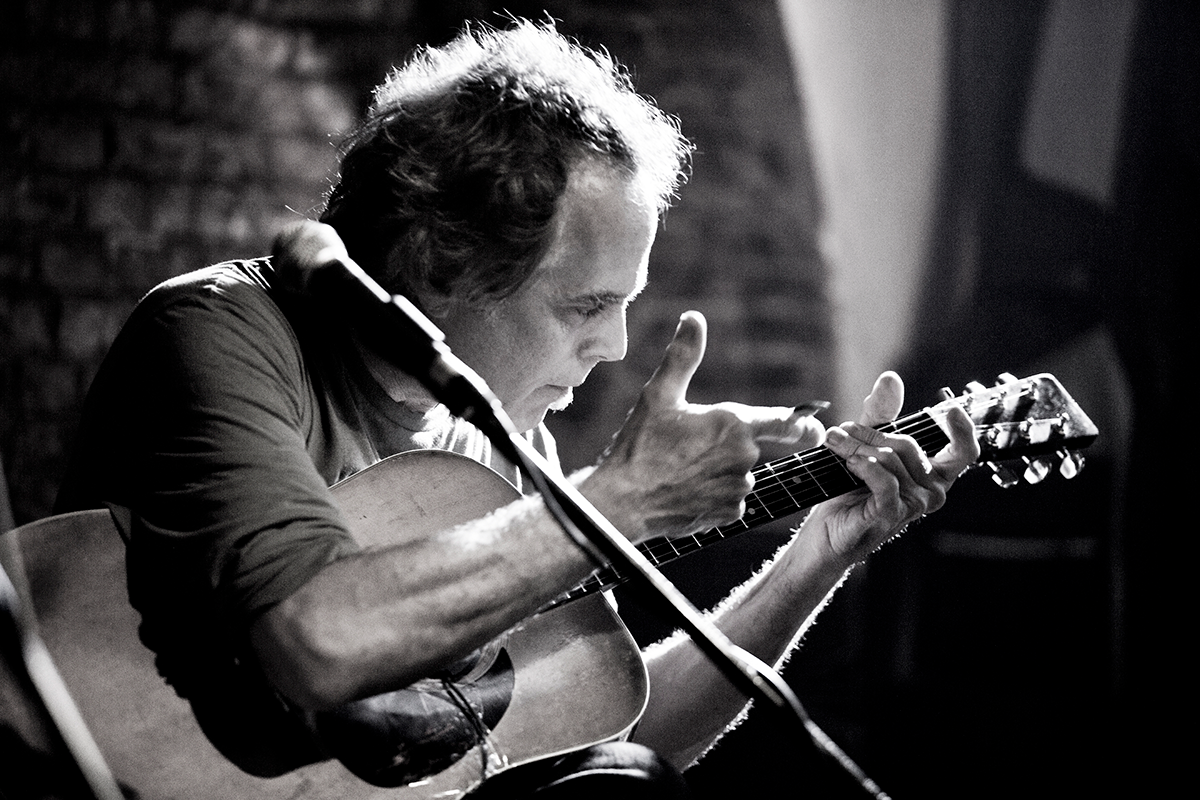 Jimmy Robinson has been recording and touring for over 40 years. He has received critical and audience praise for his unique virtuoso approach to the guitar and his rich compositional skill.

Jimmy first made a name for himself playing electric guitar and leading a psychedelic rock/blues band at the free concert weekly series on New Orleans Riverfront. He went on to front the progrock band Laugh In The Dark in the 70s, and in 1975 he founded the celebrated instrumental rock fusion band Woodenhead. Woodenhead celebrated their 40th anniversary with a special performance at The New Orleans Jazz & Heritage Festival in May of 2015 and released a recording of new material, a live concert from New Orleans’ famed  Tipitina’s and a reissue of their entire, remastered catalog. Robinson also founded the New Orleans Guitar Collective Twangorama, with guitarists Phil deGruy and Cranston Clements, and later The New Orleans Guitar Quartet .

Jimmy studied classical guitar and composition at Loyola University in New Orleans and The Eastman School Of Music in New York. He combined these elements with his electric experience to forge the solo acoustic style that he now tours with. His has three solo albums to his credit, “Vibrating Strings,” “Guitarworks” and “Three.”