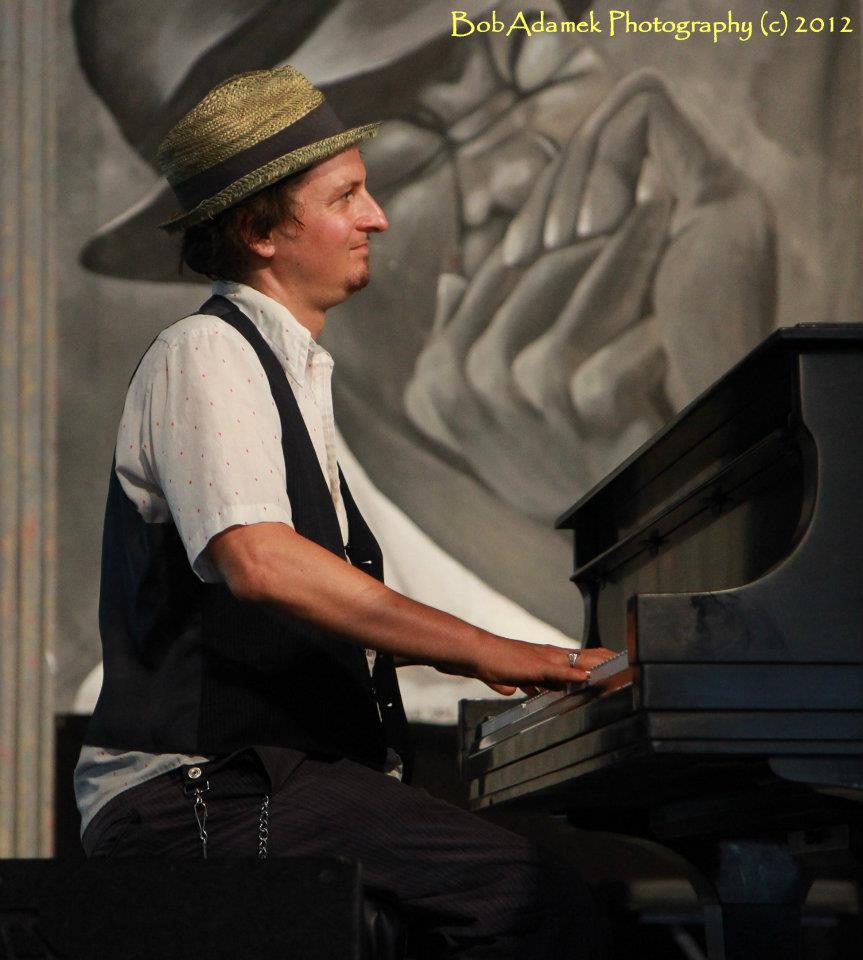 Greg Schatz at Ogden After Hours

Greg Schatz writes and plays music that gets stuck in your head. Steeped in tradition, yet completely original, his songs give words to life’s hard-to-describe moments. Schatz began writing and performing original music as a teenager in upstate New York. He moved to New Orleans in 1995 to play accordion with the Big Mess Blues Band and subsequently took up the upright bass in the trio, Jeremy Lyons & the Deltabilly Boys. In 1999 he started his own band, and released three albums under the name Schatzy, which often blurred the lines between genres and had a vibe of global musical hopscotch. His latest album, Small Peace of Mind, released June 2017, is his sixth overall full length album of original material, and further solidifies Schatz’s musical vision, informed by the traditions of New Orleans piano masters and a myriad of songwriters, from Jelly Roll Morton to the Kinks.

“Schatz is one of the city’s great songwriters. He has a knack for taking life’s everyday moments, often some of the quirkier ones, and using fresh lyrics and catchy melodies to shed new light on them.” Laura DeFazio, Offbeat Magazine