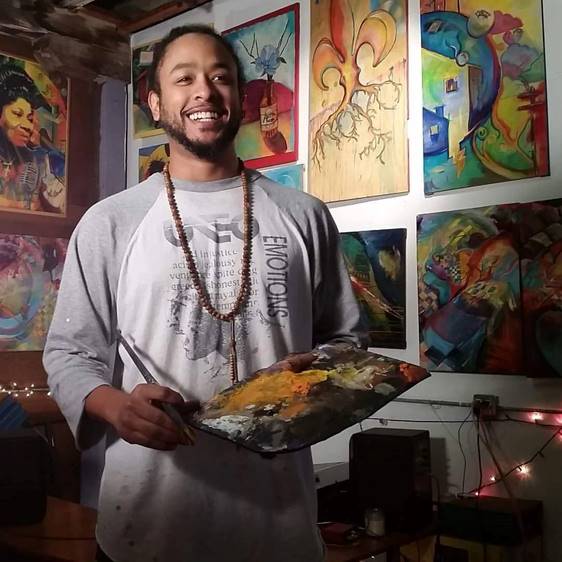 Join Ayo Scott, artist and son of legendary artist and educator, John Scott, for a Gallery Talk exploring his father’s works on view in the Prospect.4 exhibition at the Ogden Museum. Scott will also discuss his father’s life, artistic practice and the important contribution he made to the New Orleans community.

Admission is free and open to the public.

About John Scott
John Scott is best known for creating vibrantly colored, dynamic artworks across many media, particularly print and kinetic sculpture. Throughout his career, he created work that solidified the elusive feel of New Orleans and the historical and spiritual influence of its rich culture and musical heritage. Christian imagery was predominant in his early work, followed by a focus on African, African-American, Caribbean and Creole cultures. His work has been referred to as “optical jazz,” evoking the spirits of music and dance. John Scott was born in New Orleans in 1940 and raised in the Lower Ninth Ward. He attended Xavier University of Louisiana where he received a B.A. in 1962. He went on to earn an M.F.A. from Michigan State University in 1965. He later returned to New Orleans as a Professor of Fine Arts at Xavier, where he was an influential and inspirational teacher for 40 years. He also exhibited throughout the United States and internationally. In 1992, he was a recipient of the prestigious John D. and Catherine T. MacArthur Foundation “Genius” Grant. He received an honorary Doctor of Humanities from Michigan State University in 1995 and a Doctor of Humanities from Tulane University in 1997. He passed away in Houston, Texas in September 2007.
Source: prospectneworleans.org