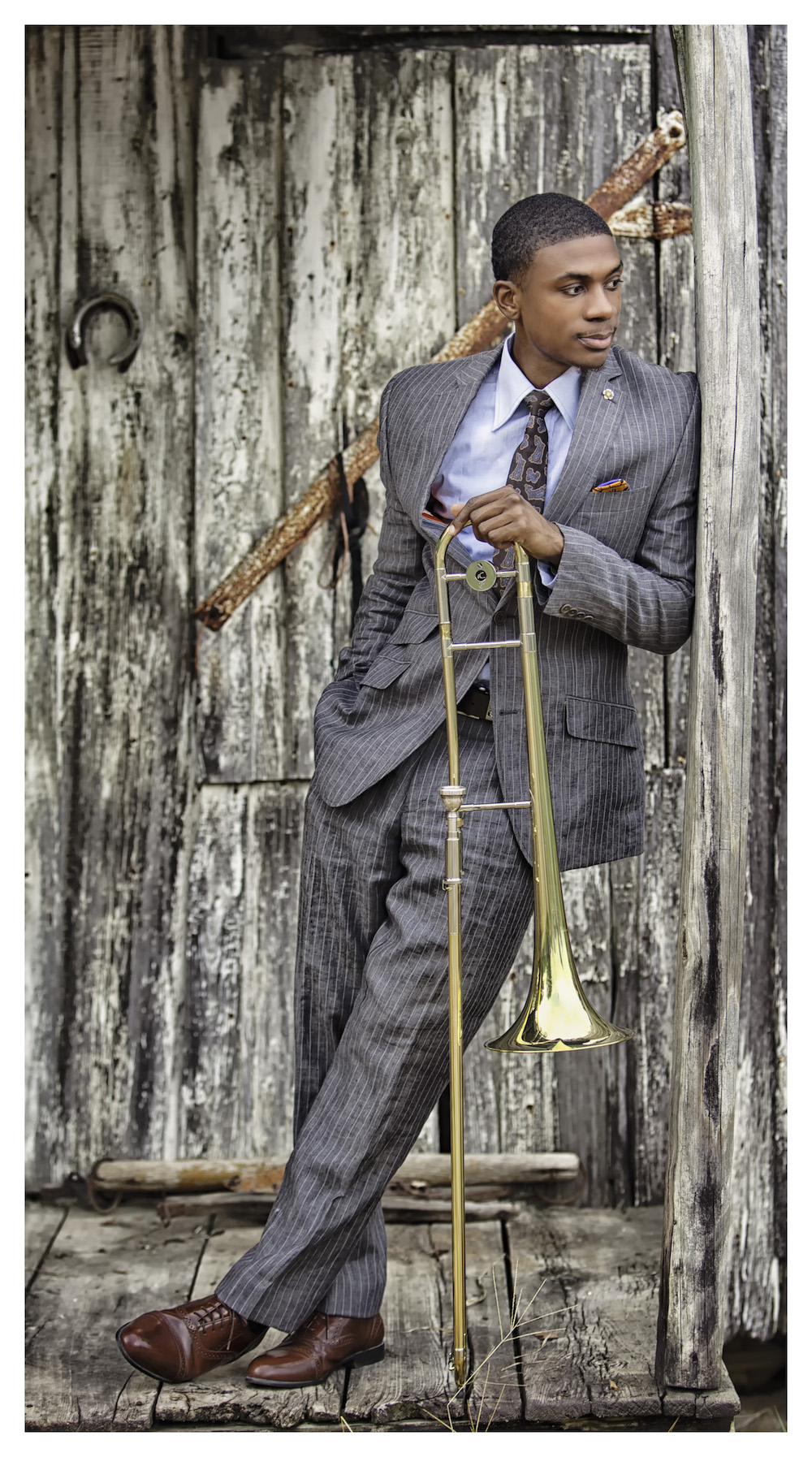 American trombonist, vocalist and composer David L. Harris embodies the edge of modern jazz and the sultriness of blues. Every time he steps on stage, David takes us on the emotionally engaging journey of love and liberation, wrapped in a sound that embraces the groove, grit and swing of the past. Growing up in a neighborhood called Scotlandville, in Baton Rouge, La, David L. found his fingers pressed against the sliding brace of the trombone at the age of 16 and has never let go since. International and domestic audiences alike adore his band (as do the critics!). Music lovers have stepped and grooved to the sound of his trombone at some of the liveliest jazz festivals in the world such as The Newport Jazz Festival, The Montreal Jazz Festival and The New Orleans Jazz & Heritage Festival. David L. has graced legendary concert halls, such as the Apollo Theatre in Harlem, NY, The Lincoln Center in New York, NY, and The L’Olympia Music Hall in Paris, France; and has performed, recorded and collaborated with artists Herlin Riley, Wynton Marsalis, Shannon Powell, Aaron Neville, Aloe Blacc, Dr. Michael White, Dee Dee Bridgewater and The New Orleans Jazz Orchestra.

Harris would spend seven hours a day practicing while allowing the sounds of legendary musicians like Tyree Glenn, Joe “Tricky Sam” Nanton and Al Grey to train him along the way. He went on to further his knowledge of music and fine-tune his technique by continuing his studies at Southern University, Louisiana State University, and the University of New Orleans. Continuing to let his love for music lead him, nowadays he can be found swinging his plunger mute gently against the bell of his Antoine Courtois trombone, while playing alongside highly noted musicians at concerts and festivals all over the world. He has captured and moved audiences in China, Europe, Taiwan, Russia, South America, Australia, Canada, South Africa and in over twenty cities in Japan. Harris demonstrates in every show how he prizes the gift of sharing jazz from New Orleans, for the genre enables the creation of artwork that could not be made anywhere else in the world. His masterful team joins him in this endeavor, most recently with the critically-acclaimed “Blues I Felt,” Harris’ debut album.