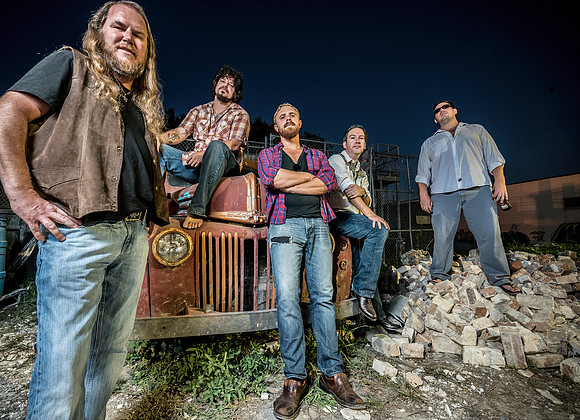 Dave Jordan & the NIA at Ogden After Hours

Join us at this annual celebration of Dave’s Birthday with a special acoustic set by Dave Jordan and the NIA.

Dave Jordan is a New Orleans based singer/songwriter, bassist and guitar player. Over the course of nearly 20 years and 3 bands, he has produced or co-produced six albums, played nearly 2,000 shows nationwide and performed or recorded with esteemed musicians including Art Neville, Anders Osborne, Bill Summers, the Meters, Little Feat, Widespread Panic, Bob Weir’s RatDog, Los Lobos and more. His work as founder and frontman of the long running funk/roots band, Juice, landed the band the Best of the Beat award for Best Emerging Funk/Soul/R&B Band. His most recent work as a solo artist has quickly become on of the most talked about roots rock act in New Orleans. His album Old Boots, was named a Top 10 Local Release of 2010 by the Times Picayune and Nola.com.

After the release of These Old Boots, and without a band, Jordan started a residency at his neighborhood corner bar, the Banks Street Bar. A rotating group of the best roots rock, funk, country and blues musicians in New Orleans would sit in, eventually leading to the formation of his current band, the Neighborhood Improvement Association. Described as “Southern roots rock with Louisiana soul,” the band has shared the bill with Luther Dickinson (North Mississippi All Stars and Black Crowes), funk pioneer Bernie Worrell, Anders Osborne, Honey Island Swamp Band, New Orleans Suspects, Raw Oyster Cult and more.

With the release of their latest album, No Losers Tonight in 2016, the band was nominated for Best Roots Rock Artist and Roots Rock Band by Offbeat Magazine.