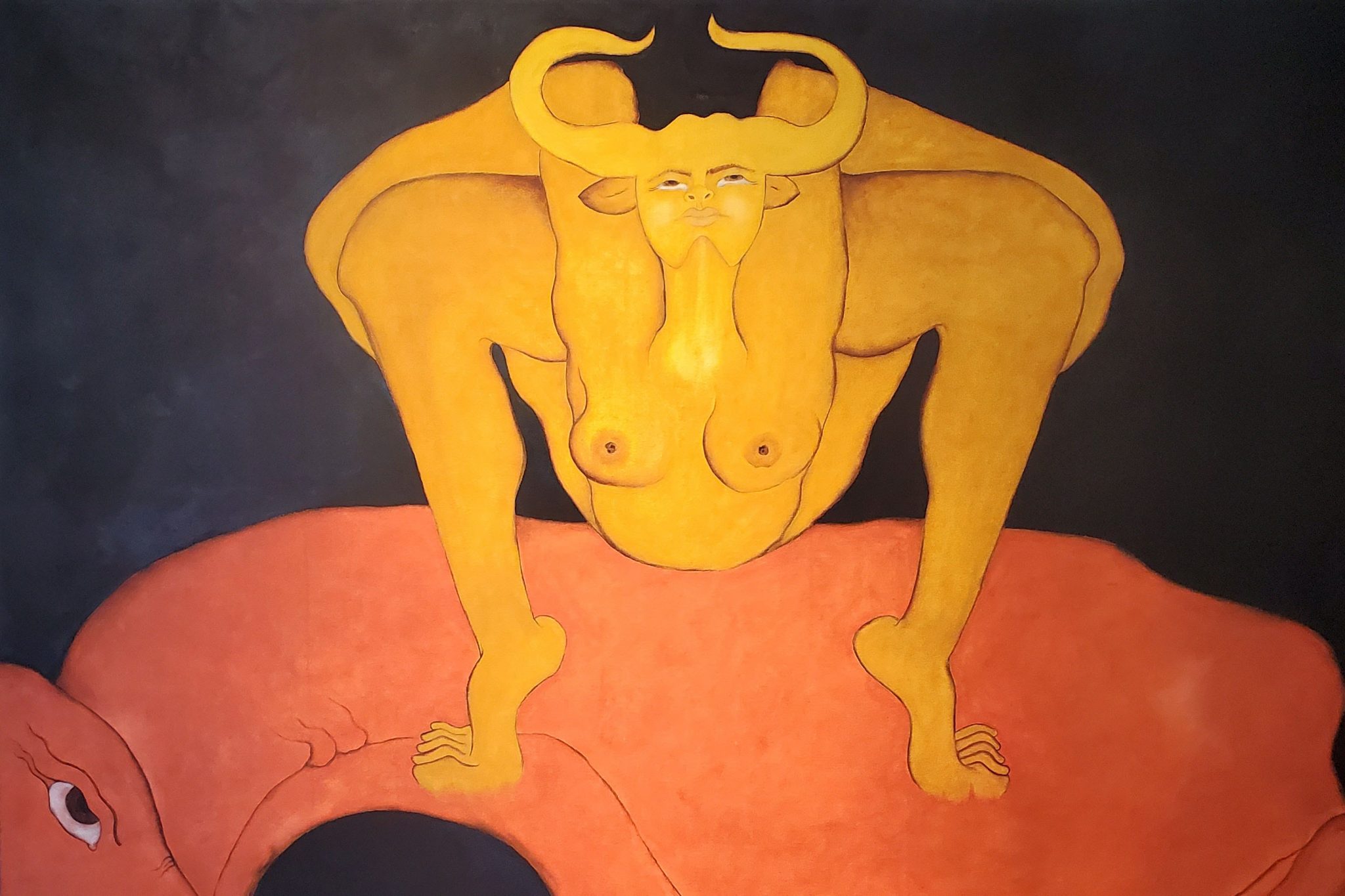 On Thursday, May 6 at 2 p.m., visit the O Blog to watch and listen to a Curated Conversation with permanent collection artist, Amita Bhatt, and Bradley Sumrall, Curator of the Collection. During this talk, Bhatt discusses her artwork, specifically the painting, Desire, Desire, which conveys the subject of socio-political and identity-based violence. Through her art, Bhatt began to explore the subject of violence after witnessing firsthand the violent Babri Masjid riots of 1992 in Mumbai, which led to thousands of people being killed across India. Bhatt and Sumrall will explore the meaning behind Bhatt’s artwork and talk about how it relates to the violence our world continues to experience in current times. 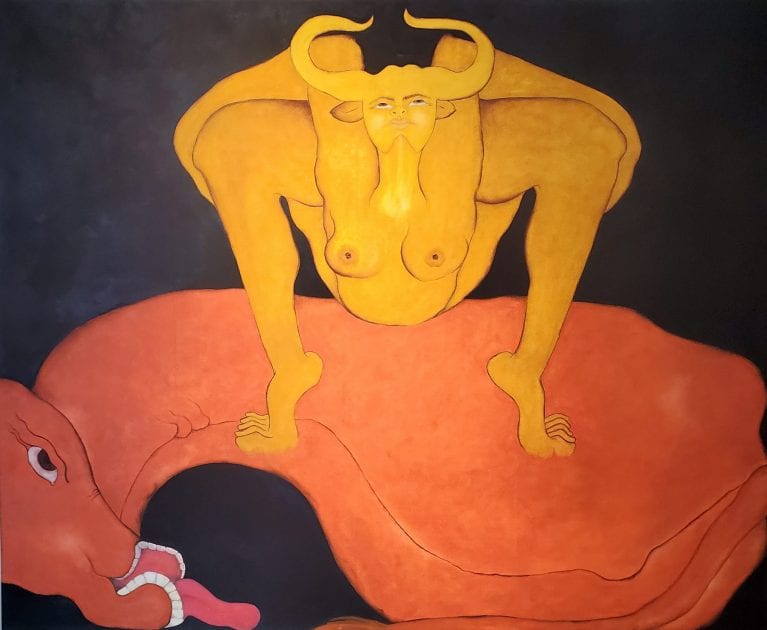 Amita Bhatt received her B.F.A. from the M.S. University, Vadodara, India and her M.F.A. from the Maryland Institute College of Art, Baltimore, U.S.A. Her work is anchored in the historic and global phenomenon of geographic and identity politics and seeks to analyze the drama of life, desire, loss, hope, death, violence, heroism, conflict, dislocation and eventual transcendence as she combines mythology and happenstance to create a hyper real stage.

Mining from Eastern and Western philosophies, social theories and current political events, Bhatt tirelessly forges ahead in defying art world expectations and trends, and remains steadfast in exploring through a philosophical lens, what it means to be human in our war ravaged times.

In her introductory essay, noted critic Ann Landi best describes Bhatt’s work as “familiar yet strange, gruesomely violent yet haplessly comic.” Landi goes on to say: ” In true post-modern style Bhatt draws on a rich lexicon of cultures, mythological and literary sources, real-world events, and characters derived from her own considerable powers of invention in an attempt, as she describes it, to “come up with a visual exploration of violence.” The fiendish inventiveness of Bhatt’s tableaux harks back to Herionymous Bosch. Her war-torn subjects and subtle use of black and white-in which limited tonalities can be even more harrowing than technicolor flash and dazzle-bring to mind Goya’s Caprichos and Disaster of War. But Amita Bhatt has forged her won singular vision of the realities of global struggles today.”

Bhatt’s work has been exhibited at noteworthy venues such as the Bluestar Contemporary Art Center, Walters Art Museum, The Station Museum of Contemporary Art, and The Project Row Houses , all in the USA as well as Museo Pedro de Osma in Peru. She has also been the proud recipient of the several prestigious grants. Her works are included in the private collections of Marilyn Oshman, Sharon and Gus Kopriva, John and Berthe Ford, Nancy Kienholz, Tarun and Geetan Tejpal, and The Ogden Museum of Southern Art among others. The artist is represented by Deborah Colton Gallery in Houston, Texas.