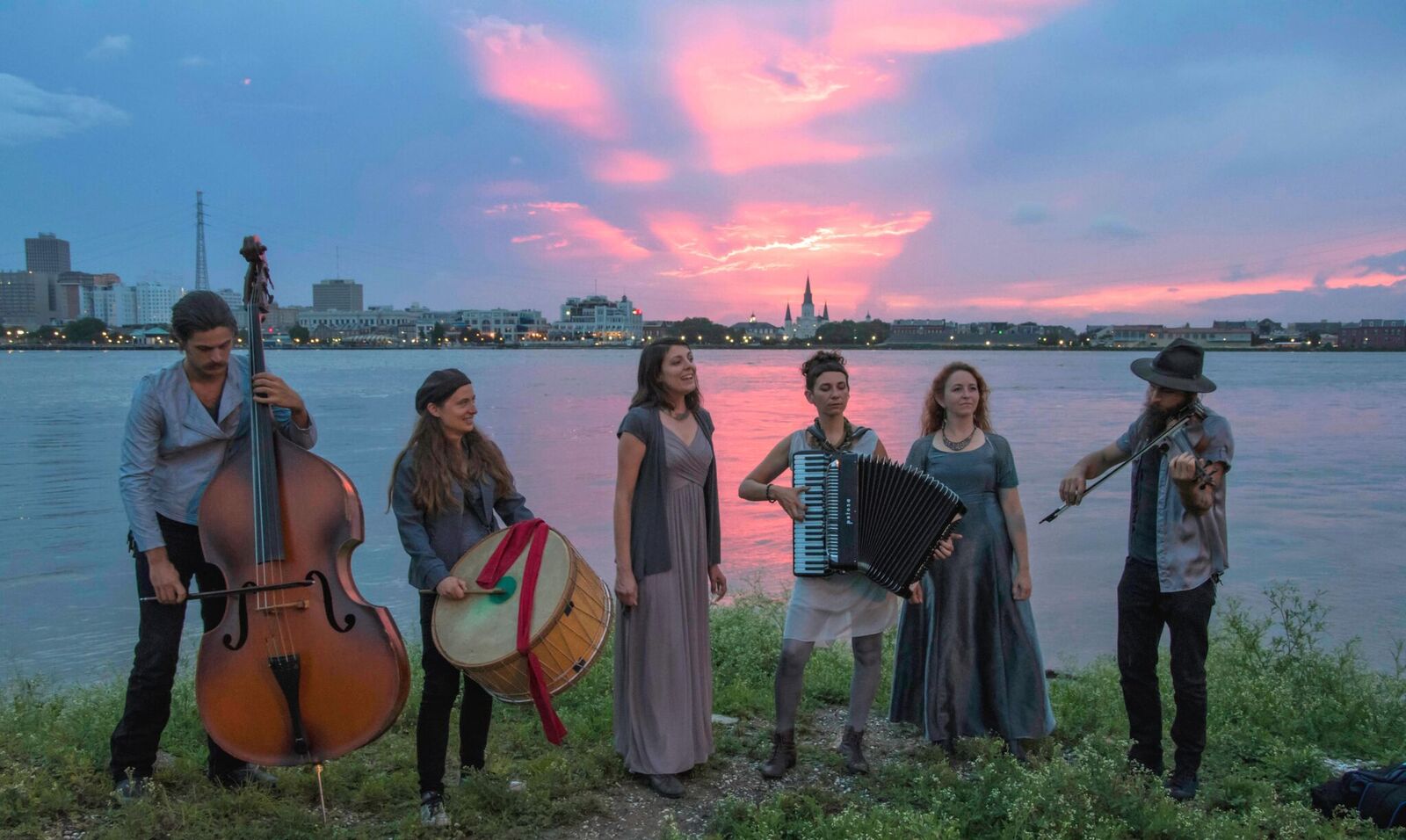 Blato Zlato at Ogden After Hours

Based in Louisiana, yet rooted in Balkan traditions, New Orleans’ Blato Zlato features dreamy three-part vocal harmonies over hard-hitting instrumentals inspired by both the ancient traditions of their heritage and the musical influences of their lives today. With many band members raised in Eastern Europe and having ancestry there, the band’s music aims to explore and preserve the traditional elements of Balkan music that make it so unique – the rhythm, melody, harmony and storytelling – but musically translate these songs with influences of each member’s unique musical background. Elements of classical, jazz, and even psychedelic and metal seep through the folk arrangements, forming Blato Zlato’s unprecedented genre of progressive Balkan folk-rock. A recent review from OffBeat Magazine describes their debut album, Swamp Gold, as  “aggressive… a band rocking out with exotic sounds…. The best moments happen when [the vocal] harmonies meet with the band’s rolling thunder.”