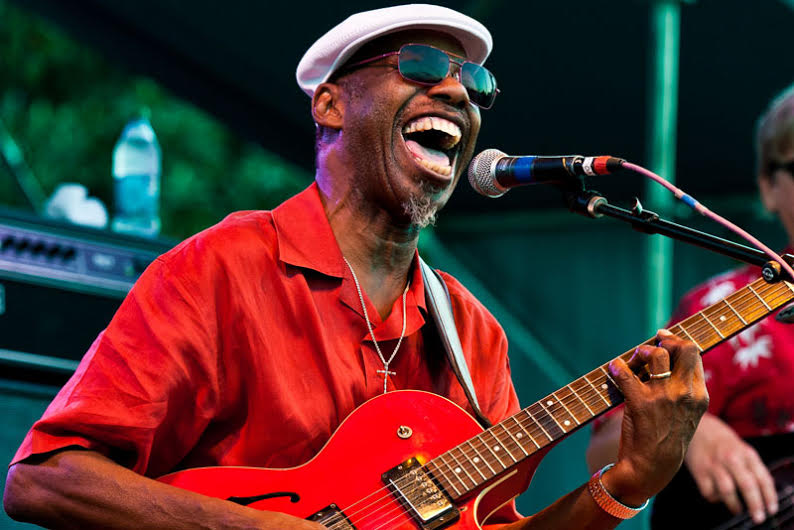 Join the Center for Southern Craft and Design at the Ogden Museum as we celebrate the opening of the Artist Spotlight: Ben Caldwell, on view from January 5-March 28. The reception will take place during our regularly scheduled Ogden After Hours, featuring Walter Wolfman Washington & the Roadmasters, hosted in the Patrick F. Taylor Library.

Ben Caldwell was trained by nationally renowned metal worker Terry Tally and specializes in the creation of functional and timeless metalwork. All of his work is custom hammered, raised and chased by hand, resulting in quality, one-of-a-kind creations.

Walter Wolfman Washington has been an icon on the New Orleans music scene since the 1970’s combining his soulful voice and guitar mastery mixing R&B, funk, jazz, and blues. Growing up singing in church, Washington’s first band in his early teens was a spirituals group called True Love and Gospel Singers, but once he got his first taste of the guitar, he never looked back. Washington toured with Lee Dorsey, helped Irma Thomas start her own band, worked with saxophonist David Lastie, and wound up with Johnny Adams. In the 1980’s Washington formed his own band, the Roadmasters, and they’ve been playing steadily since. Come celebrate the New Year and wish a happy belated birthday to Washington, who will have just turned 73.
Purchase Tickets
+ Google Calendar+ Add to iCalendar