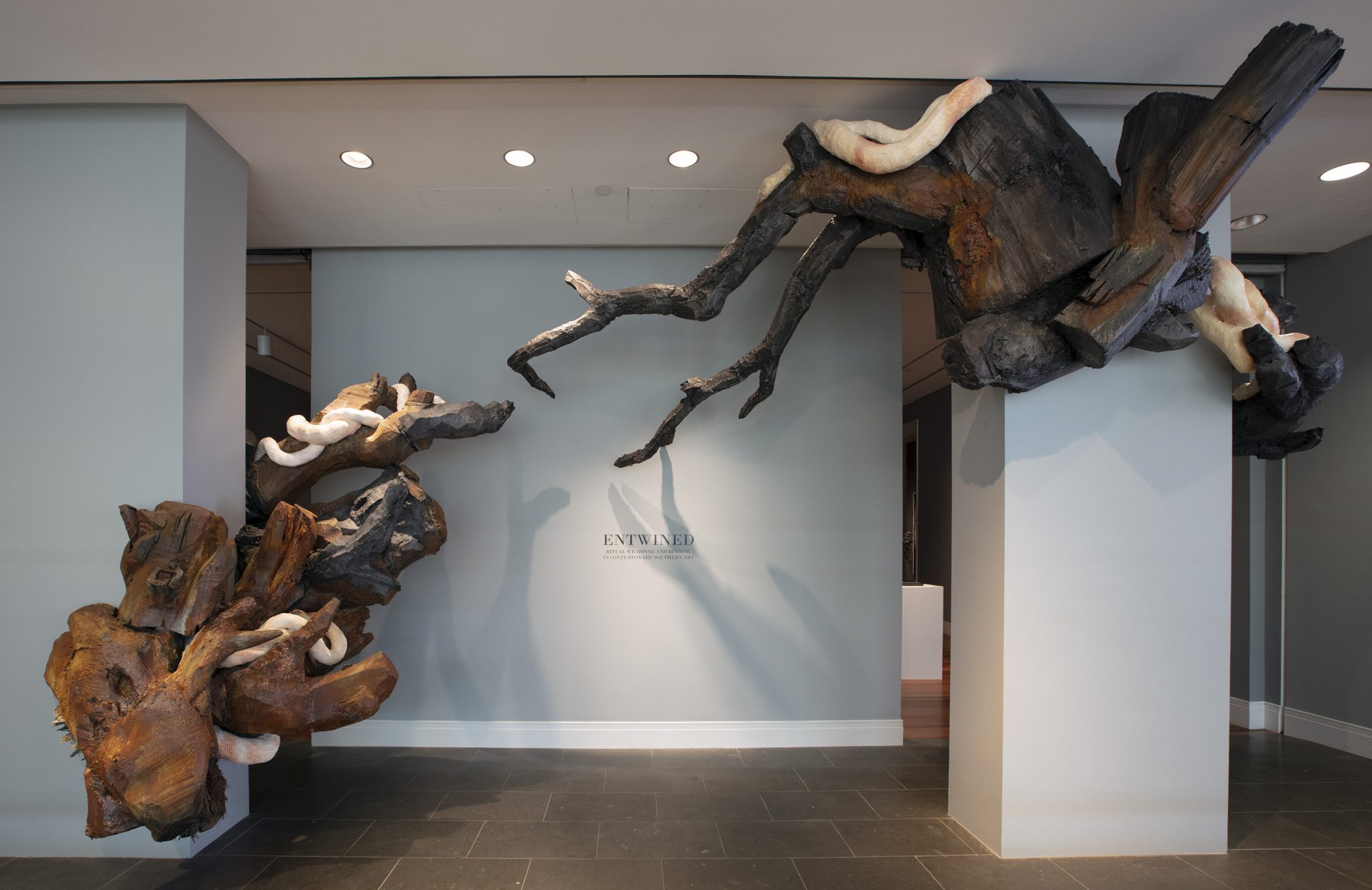 Ashley Pridmore is a multi-disciplinary artist whose practice engages photography, drawing, assemblage, ceramics and installation, but is primarily centered on sculpture. Born in the Finger Lakes region of New York State, her childhood was unusual in contemporary American culture. One of seven children in a household without television, her free time was spent running wild in the forests, playing music or creating art at home. She took drawing lessons a young girl, and was welding by the time she was fourteen. She received her BFA in Sculpture and Extended Media from Virginia Commonwealth University in 2007.

After school, she spent seven years managing the studio of famed Texas artist, John Alexander, in SoHo, Manhattan. She was artist-in-residence at the Atelierhaus Hilmsen in Sachsen-Anhalt, Germany in 2014, and installed By Land or by Sea – an immersive installation of massive charcoal drawings and sculptures made from oyster shells and raspberry vines – in a deconsecrated 13th century Franciscan cathedral that is now Monks Church Museum (Mönchskirche Museum) in Salzwedel. Returning to New York, she spent several years dividing her time between Brooklyn and New Orleans before moving to the Crescent City full time in 2018. Her eight-foot tall bronze skeletal seahorse sculpture, Saint Kampos, was installed on Poydras Street the same year as part of the The Helis Foundation’s Poydras Corridor Sculpture Exhibition. She currently maintains a studio in an industrial warehouse in the Bywater neighborhood of New Orleans.

The work of Ashley Pridmore explores the cycles of life, death and rebirth. Using decomposition and recomposition as her aesthetic guides, she has created a body of work that exists as a fantasy world where the god of time is slowly reclaiming the works of man, where forests are cleansed by fire, and life springs from the ashes. Often working with industrial materials combined with natural objects, her sculptures blur the lines between organic and inorganic, creating a tension that opens a dialogue about mankind’s effect on the delicate systems of nature.

With Dreams of Eve, Pridmore has created a deconstructed forest tableau of blackened and charred branches. Oyster shells hang from the trees like shelf lichen, and vines bind to crevices where they were shielded from the flames. The abstracted coils of papier-mâché snakes wrap themselves through the trees, binding life to destruction, wrapping a traumatized Eden with danger or sensuality. Is this the Biblical Garden burned by the flames of hell? Or is this a cleansing of fire, with life returning, wrapping the traumatized branches in a healing embrace? Is this dream, nightmare or premonition? Agony or love? Life or death? In the created world of Ashley Pridmore, it can be all these things – as they are all entwined. She asks the viewer to decide.