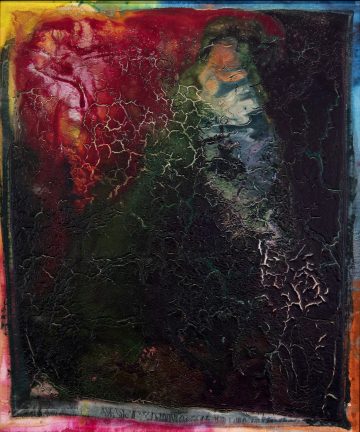 Born in 1948, Arlington Weithers is a Guyanese-born painter famous for his large, vividly colored works. Weithers uses heavy paint applied thickly to create textural cracks within the brilliant color schemes of his painting. He, like many contemporary Caribbean artists, eschews the typical tropical or colonial landscape paintings. Weithers’ artistic talent was originally recognized at a young age when a teacher wrongly accused him of copying a drawing, rather than making it himself. After studying art in Georgetown, Guyana’s capital, he moved to New York City in 1969. He had his first solo exhibition in New York City in 1973. Arlington Weithers has been the artist-in-residence for the city of Dallas, TX. Weithers’ cousin, Dennis Williams, was a famous Guyanese painter, author and archaeologist.