Devin Reynolds is a painter based out of New Orleans who received his BA in Architecture from Tulane University in 2017. Originally from Venice Beach, California he grew up working as a deckhand on The Betty O, a local sportfishing boat.  He was raised between flea markets, yard sales and the beach. His early childhood memories are filled with times setting up his mother’s booths at antique shows, surfing and fishing up and down the California coast. Devin’s first encounter with art making came in his early twenties in the form of graffiti. His obsession for graffiti took off when he began painting his assumed alias on the sides of freight cars that traverse the railroads of North America. Devin’s art practice finds itself at the intersection of graffiti and his love for nostalgic Americana design and sign painting, through the lens of his biracial upbringing in Los Angeles. Speaking on the cultural duality of his household he says, “Growing up with a quote on quote black dad and white mom, I lived in two different worlds. In my mom’s world, it was like Fleetwood Mac’s album Rumors and my dad’s was Tupac’s album All Eyez on Me.” Devin’s work investigates personal experience in these two worlds and their mutual relationships to social and political practices in America. 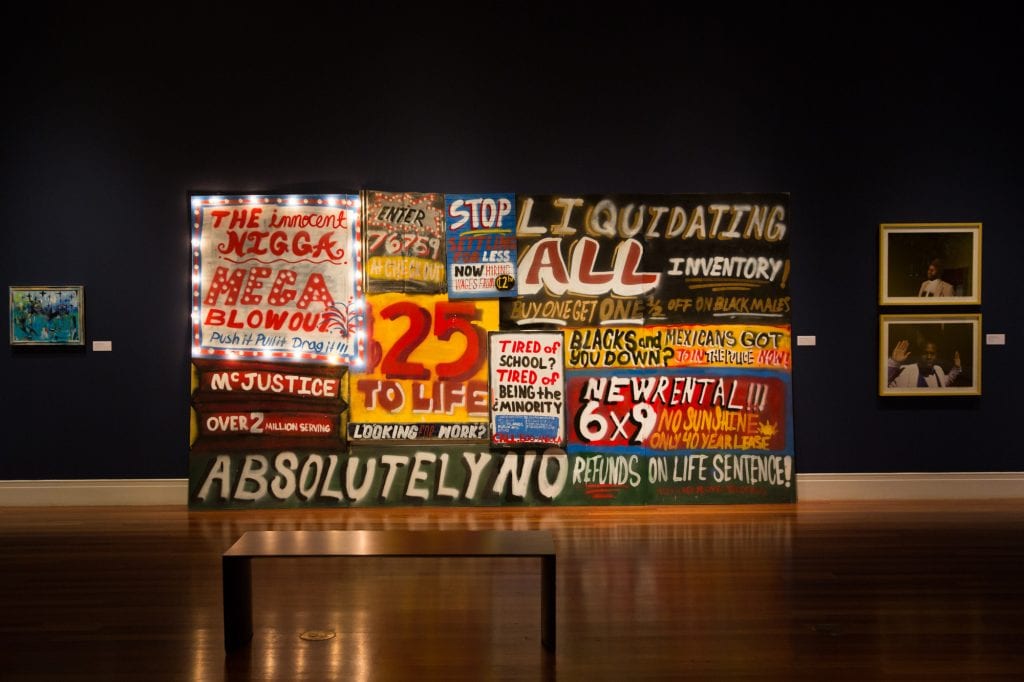 Kristen Downing was born in New Orleans and raised in Kenner,La. She is an acrylic painter and a professional tattoo artist, who possess a raw natural talent. With her abstract and contemporary styles, she creates large acrylic paintings featuring people that inspire her. She has participated in many group shows throughout Louisiana and has traveled the country showcasing her tattoo work. Her signature work consists of bright, bold colors, with lines and a main focal point. 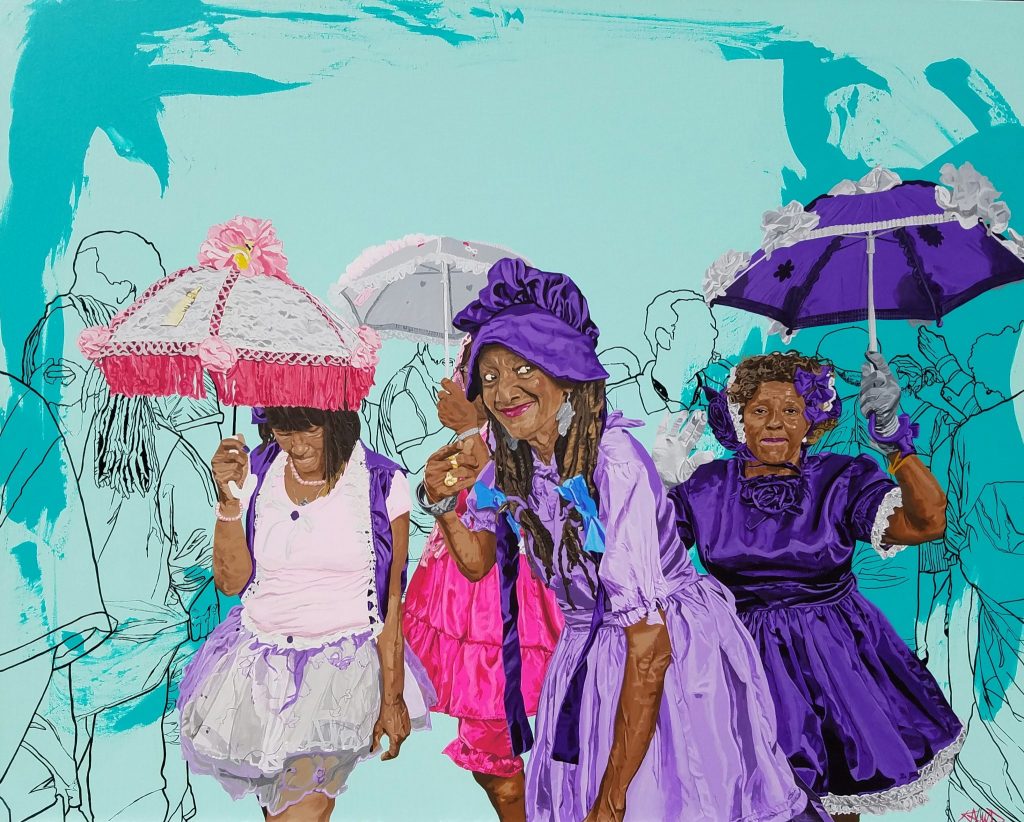 Eliseo Casiano’s work reflects his experiences growing up Chicano in the rural south. He uses painting and collage to re-contextualize family stories that grapple with social stratification and dominant perceptions of racial difference. His work satirizes the bleak and brutal ideologies underpinning the concept of “Americana’ by drawing on family photographs and pop culture imagery. He explores the dissonance between his Tejano heritage and his continual aspiration to feel normal in a white space. He is an Oklahoma native with a BFA in painting from East Central University and is currently pursuing his MFA at Louisiana State University. 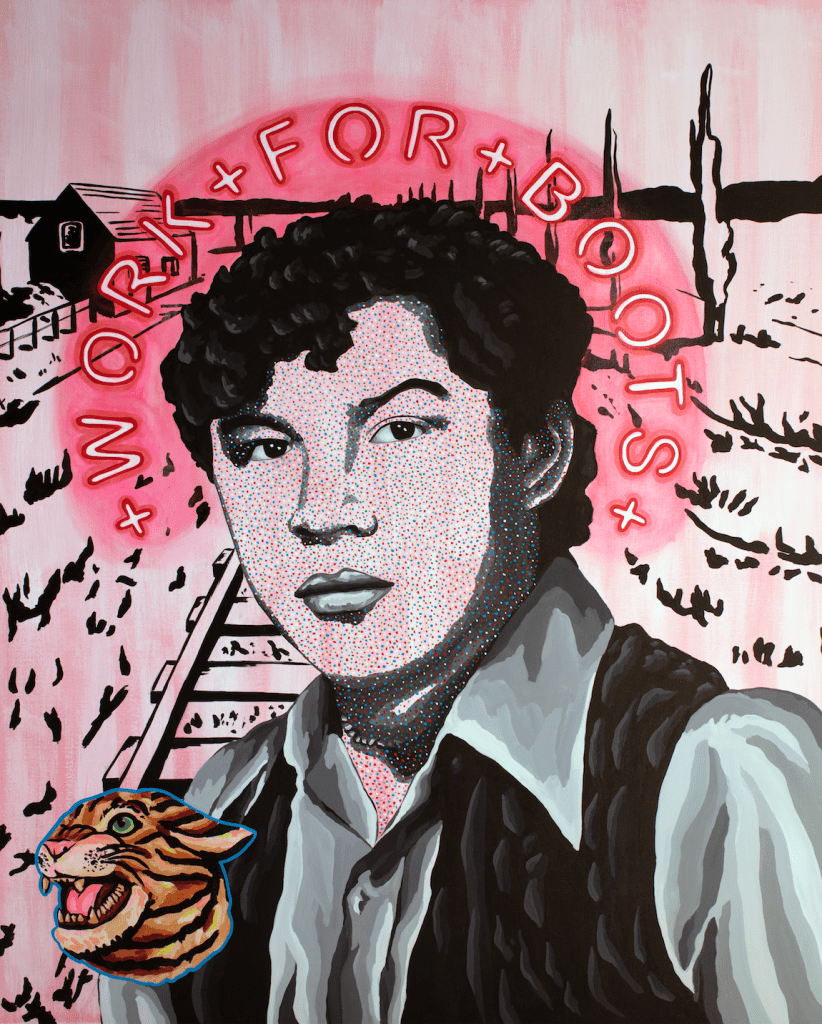 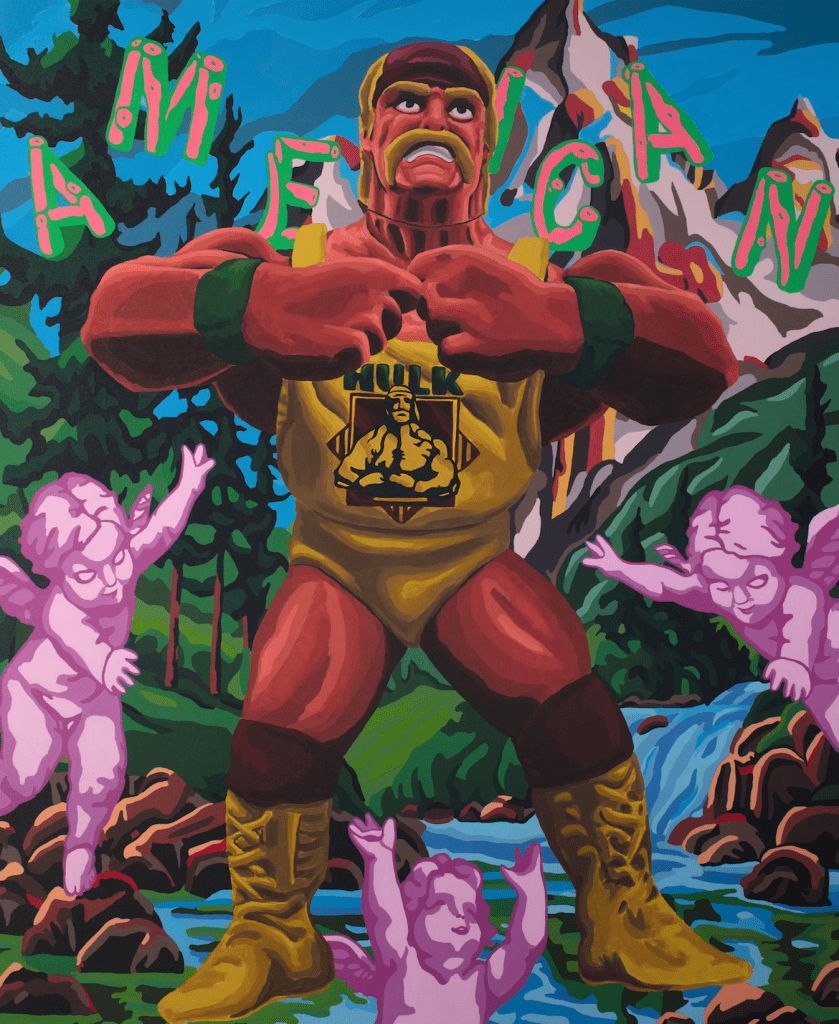 Vitus Shell is a mixed-media collage painter born in Monroe, LA, where he lives and works.

His work is geared toward the black experience, giving agency to people from this community through powerful images deconstructing, sampling, and remixing identity, civil rights, and contemporary black culture. He received a BFA from Memphis College of Art, 2000 and an MFA from University of Mississippi, 2008.

Vitus Shell has been in residence at Mass MoCA, Joan Mitchell Center, Skowhegan School of Art, Tougaloo Art Colony, and Masur Museum of Art. To date, he has accumulated an impressive list of achievements, some of which include: participating in exhibits at universities, museums, and private galleries across the country including The McKenna Museum of African American Art, Gallery Aferro, Cue Art Foundation, Stephen F. Austin University, Miami University, Oxford, OH ; painted murals for the National Civil Rights Museum’s NBA Pioneers exhibit, Indianola City Pool in Indianola, MS, Union Parish Elementary School in Farmerville, LA; and being commissioned to do public art by the Memphis UrbanArt Commission. Shell has received numerous grants including the Joan Mitchell MFA Award and Camille Hanks-Cosby Scholarship. As of 2016, Vitus Shell is currently an Adjunct Instructor at the University of Louisiana at Monroe. 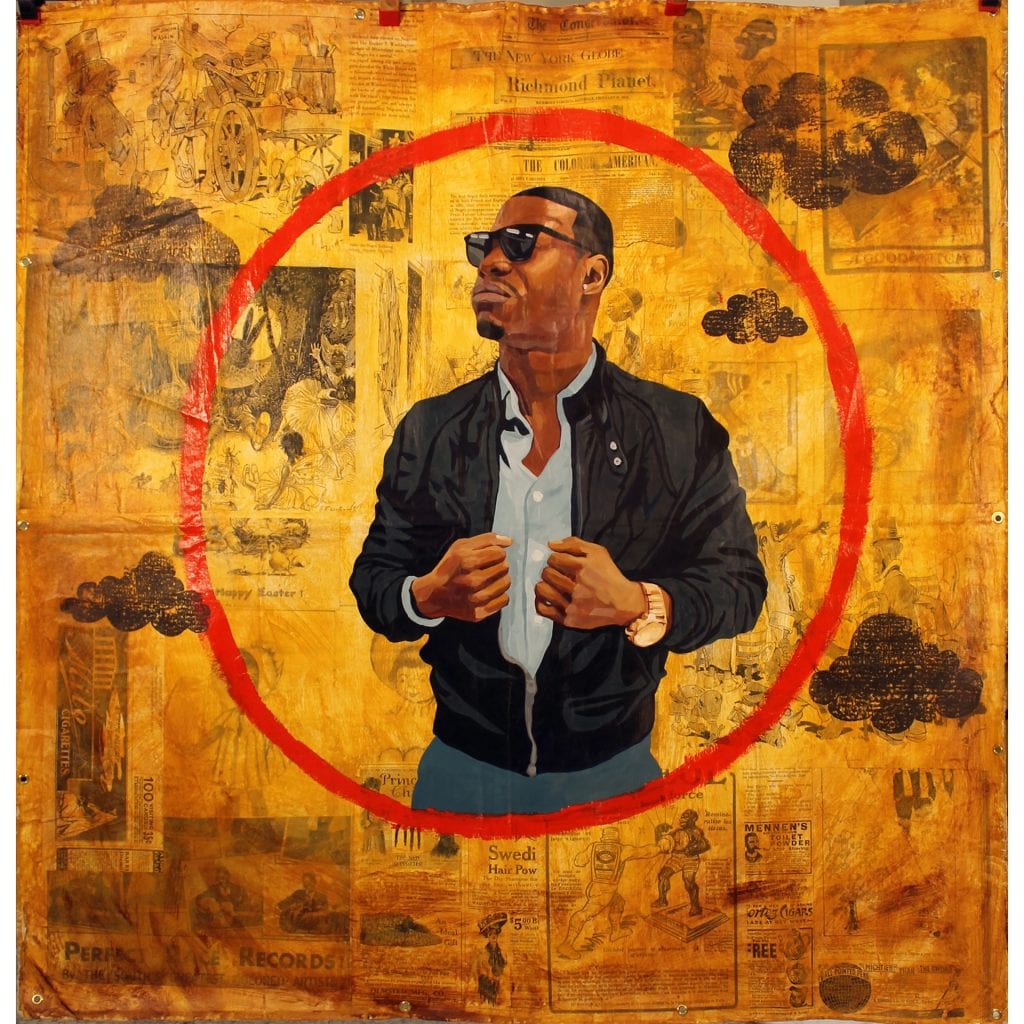